START A NEW HOLIDAY TRADITION WITH THE FAMILY COMEDY HIT HOP
FROM THE CREATORS OF DESPICABLE ME
Own It March 23, 2012 on Blu-ray™ and DVD Combo Packs
From Universal Studios Home Entertainment
Featuring an All-New Mini Movie, Extensive Bonus Features, Digital Copy and UltraViolet™
Also Available on Digital Download


We were able to have a screening of the HOP movie in our home. My kids were so excited as you can probably imagine. We are on spring break so it made for a perfect movie day. We received the DVD and lots of goodies to go with it for the viewing.

We first began by sitting in our living room and watching the movie. I was quite excited to watch it with them as I had seen previews of it. It was everything we imagined and better. My kids were laughing throughout the movie at the main character E.B. He is the cutest little bunny ever. I don't want to give any details away so you can enjoy it yourself. Now is the perfect time to grab one for your little ones Easter Baskets too. 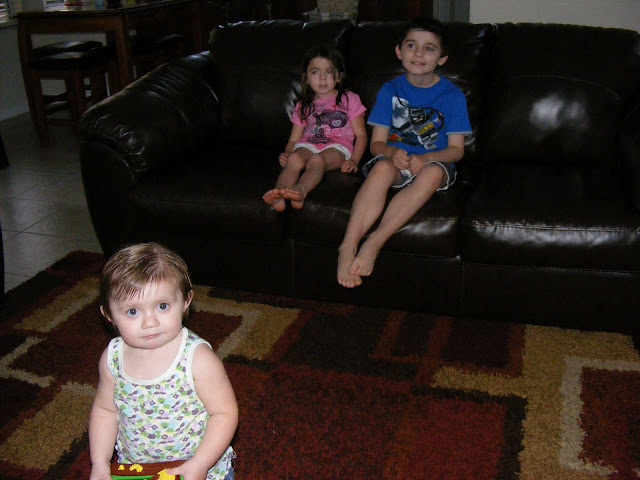 You can tell my older two children are totally zoned in on the movie :)
My baby girl doesn't know how to sit still so she plays while watching it. She was also laughing at E.B. throughout the movie as well.

They were also excited about the goodies they received. They sat down to enjoy their goodies after watching he movie. 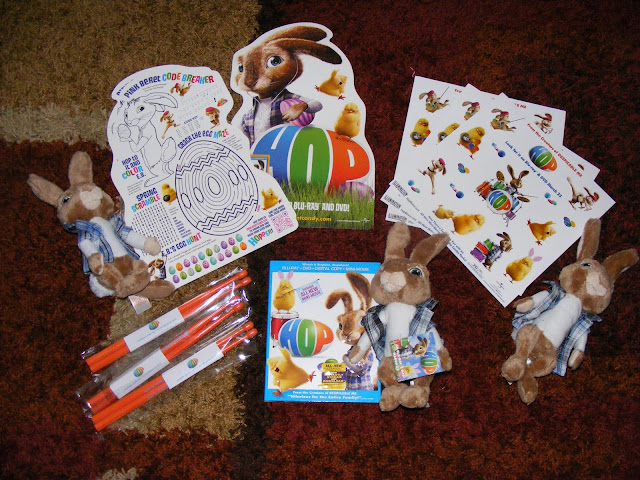 They received 3 stuffed E.B's which they absolutely LOVED!! They slept with him the first night :)
They also received drumsticks that are actually pencils, sticker sheets, and activity sheets.
This made for a wonderful first day of our Spring Break and we couldn't have asked for more fun!

*Disclaimer - I received the item(s) mentioned above for review purposes. In no way did this alter my opinion of their products. All of my opinions are one hundred percent honest and true.*