A Day of Fun at Legoland Florida 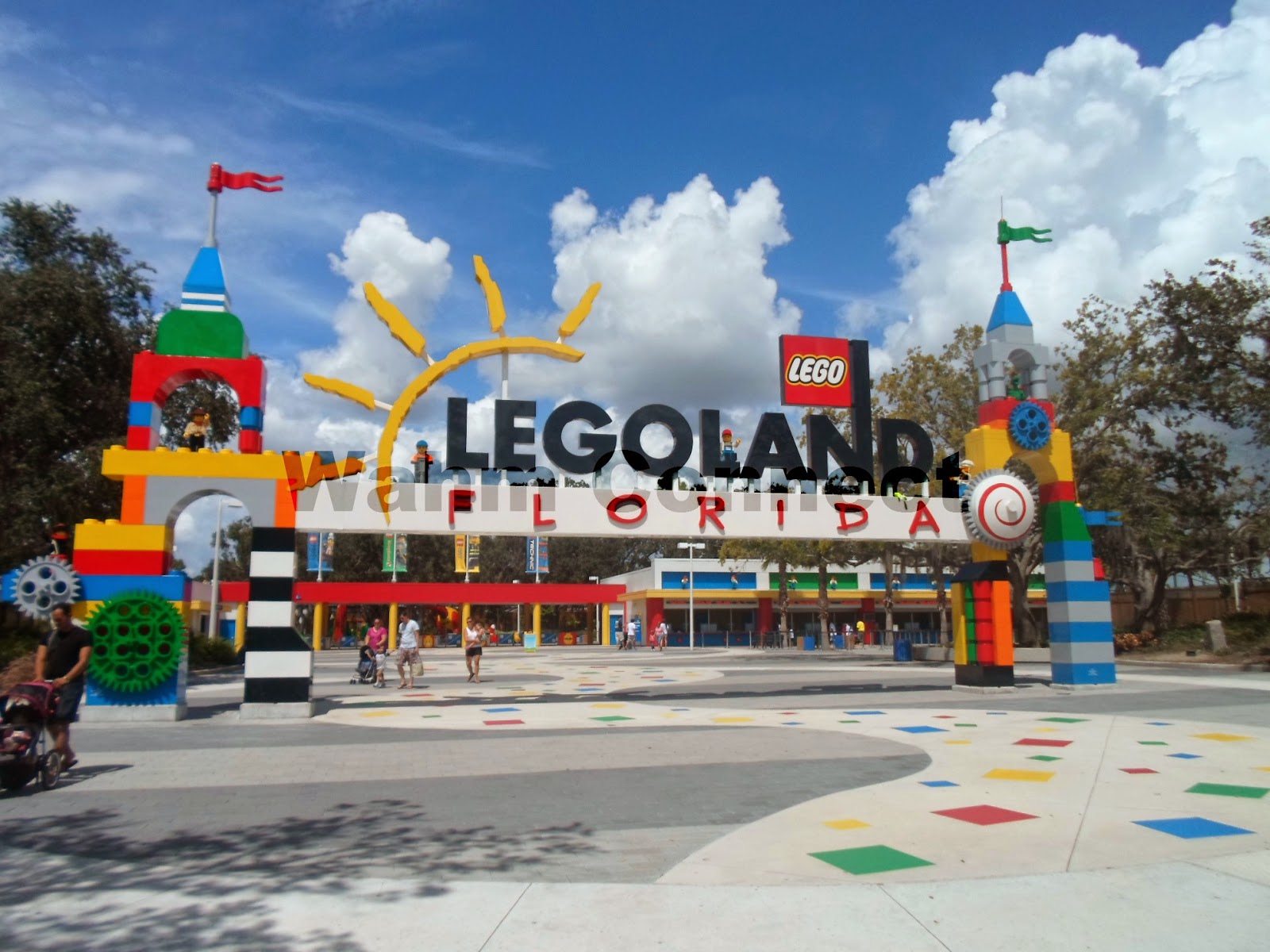 My family and I enjoy visiting amusement parks. They are great for our entire family, because there is something for everyone to do. My kids were excited when they heard that they were building a LEGOLAND in Florida. My kids are HUGE lego fans!

We are lucky that we live in Florida and right outside the Orlando area. We are literally approx. 30 minutes from LEGOLAND.

We took our kids for the first time this year. My kids were ages 9,7 and 2 at the time of our visit.

As we arrived we were walking up to the main gate and saw a huge display all made out of legos welcoming us to the park.  My kids eyes grew about 3 times bigger when they saw it.

After we received our tickets we worked our way into the park. I am going to highlight on a few of the items that were big hits with our children. They loved the entire park but, honestly it would take me a year to tell you about it all. Since we have visited they have also added atleast 2 new attractions such as a water ride and Duplo area for the youngsters in your family. They are also building a Lego Hotel too, so keep an eye out for more details on that.


Here are just a few highlights from our trip.

The Absolute favorite thing my children enjoyed was being able to drive their own lego car. Yes, you hear it right. It is called the Ford Driving School and for ages 6-13. It is an actually little car that they sit in that they drive around. They have a course set up with stop lights, stop signs, and so much more. They kids have to take a short class that goes over the rules of the road. At the completion they get to go pick a car to drive and get to ride around the course, following the rules that they learned. 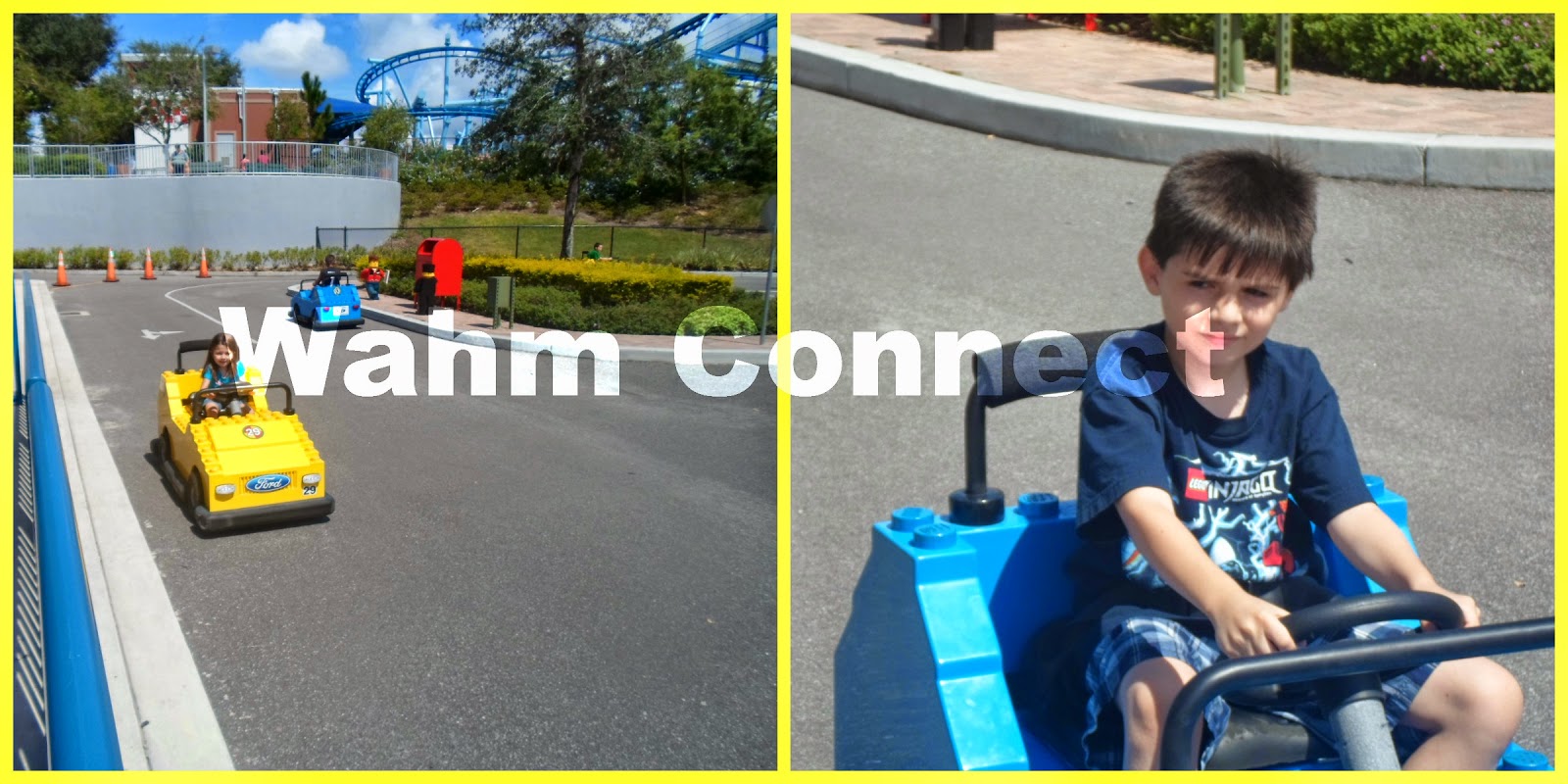 My kids had a blast and it is fun to see how the youngster manuveur around the course. There were a few bumps, some chuckles from the parents watching and high fives given to us at the end from our children. You also have the opportunity to purchase your child a Lego Drivers license too and of course we just had to do it!!!! They also have a Ford Jr. Driving School for children ages 3-5. We will be testing it out during our next visit as our youngest daughter is now 3 years old. 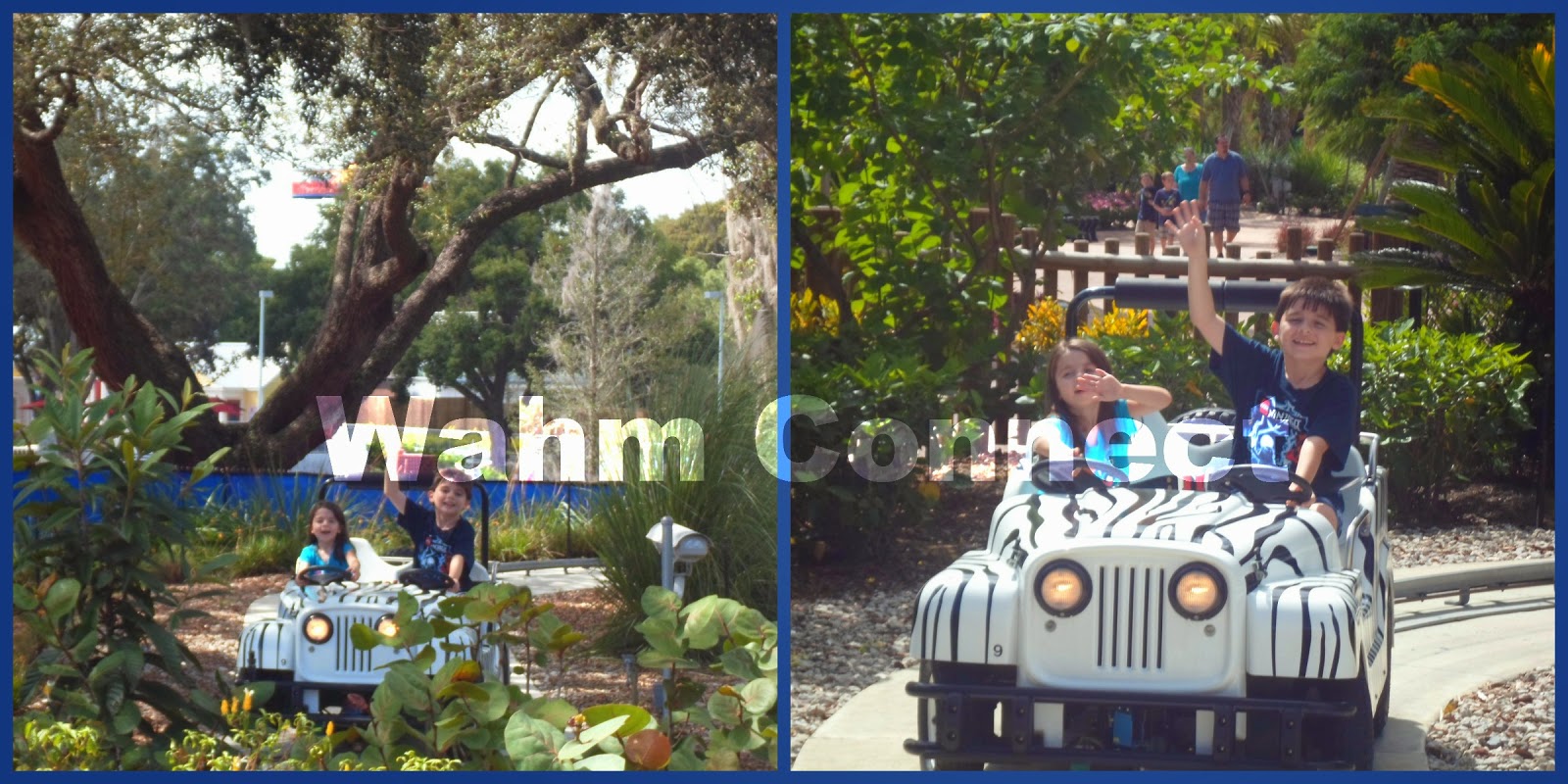 Safari Trek is awesome. My kids rode in little jeeps that were painted to look like zebras. They were taken around the track and got to look at different things along the way. They really enjoyed it and I followed behind them with my youngest daughter.

My oldest two children also enjoyed the Royal Joust Ride. They got to ride on a lego horse around a track and joust along the way. At the end of the course the joust hits a character in which it makes him spin and talks too. My kids got a laugh out of it. We were lucky that the lines were very short and they got to ride this ride two times right in a row. 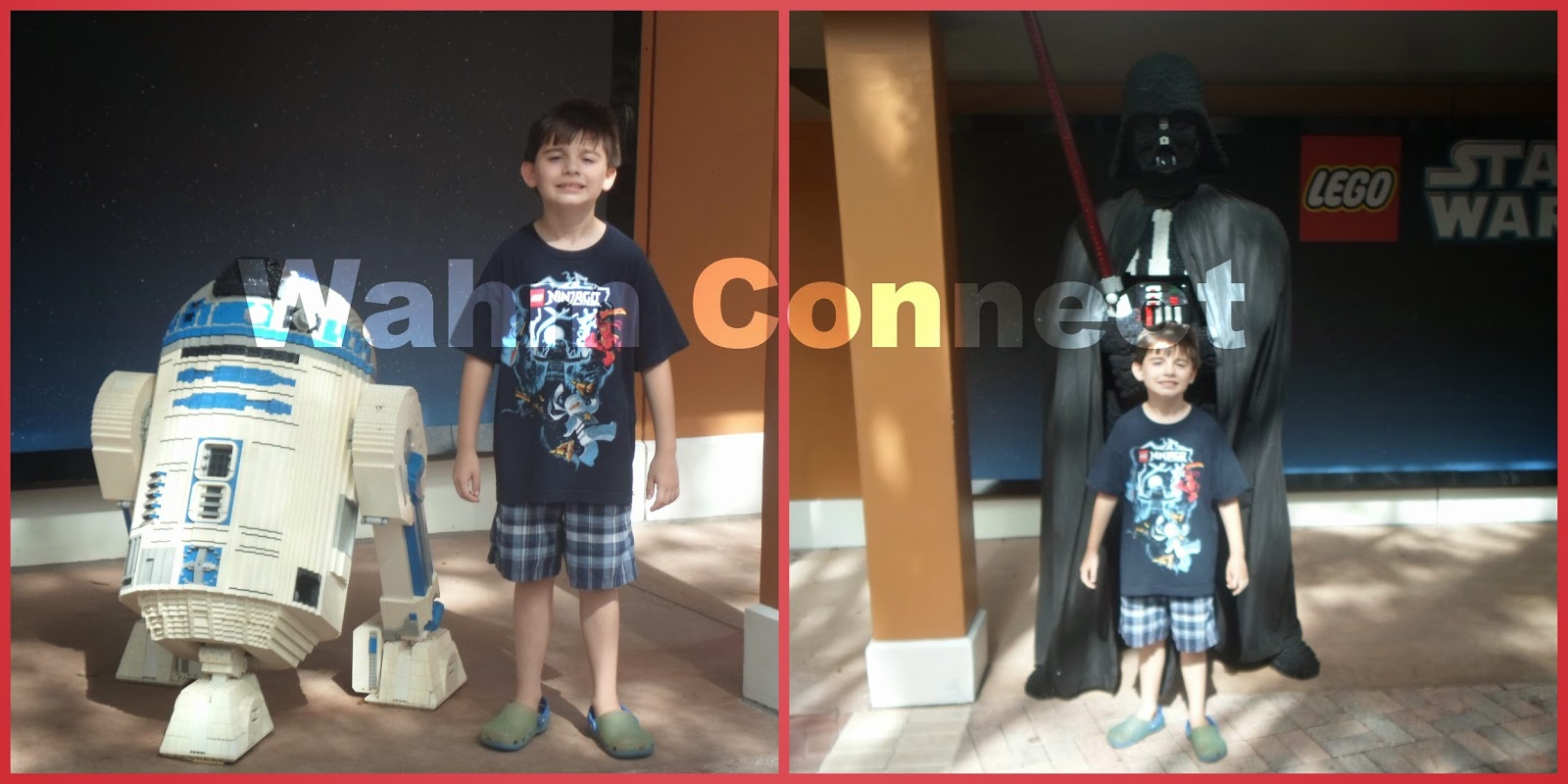 My son is a HUGE Star Wars fan. When we walked around the corner and saw a life-size R2D2 and Darth Vader he literally started to freak out! We just had to get pics of him with them. Then when you go through the Mini Section they have scenes of Star Wars all built out of legos. We thought he freaked out over these 2, we didn't see anything until he saw the Mini Scenes. He didn't know where to look first and had to point it all out to us. They had things moving and all and he was in total shock! 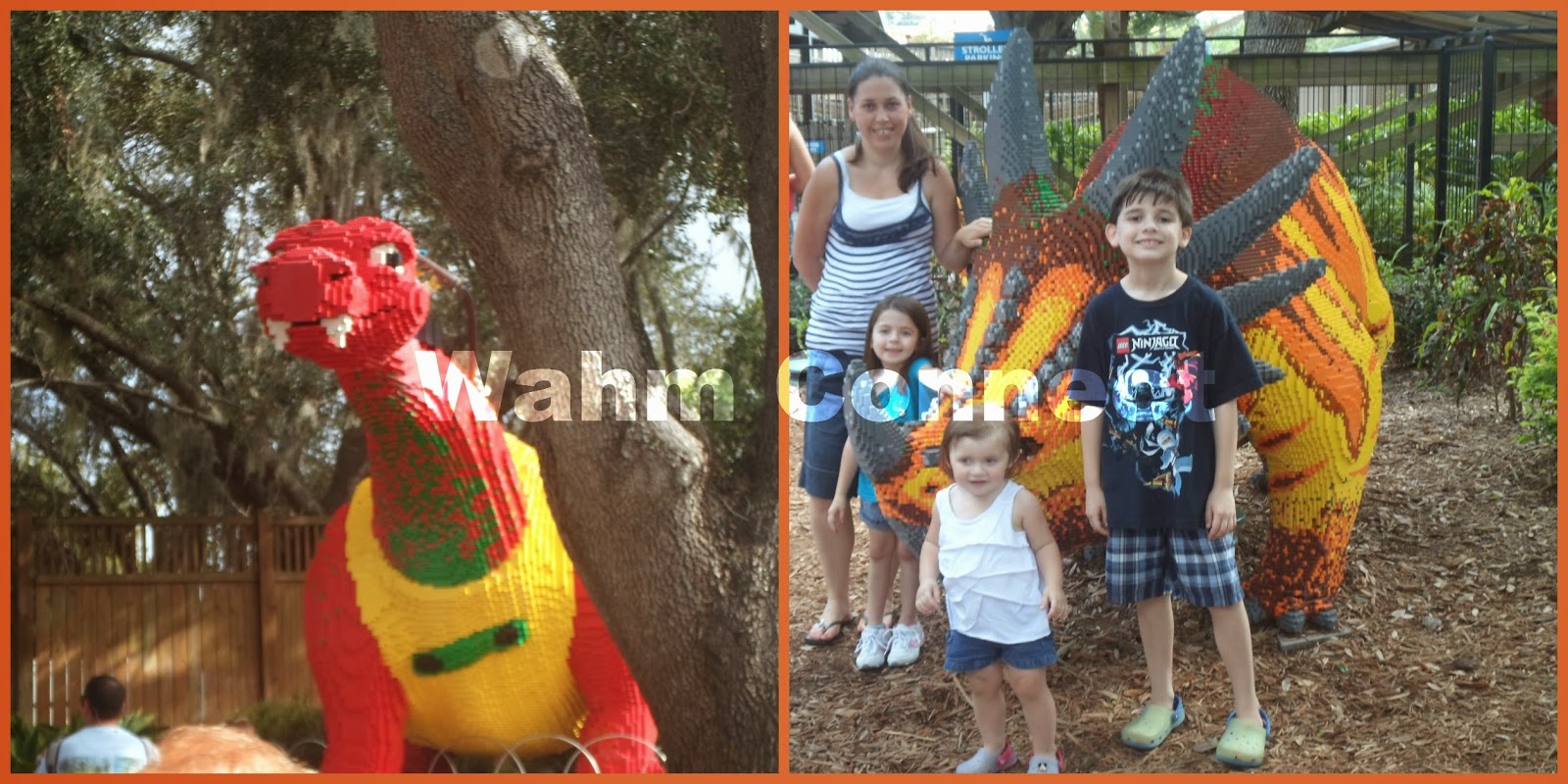 There was also Dinosaurs all built out of legos that were bigger than us. We found one peeking around the tree and we had to stop and take a pic with another. It just amazes me on how they can take little bricks and turn them into works of art. 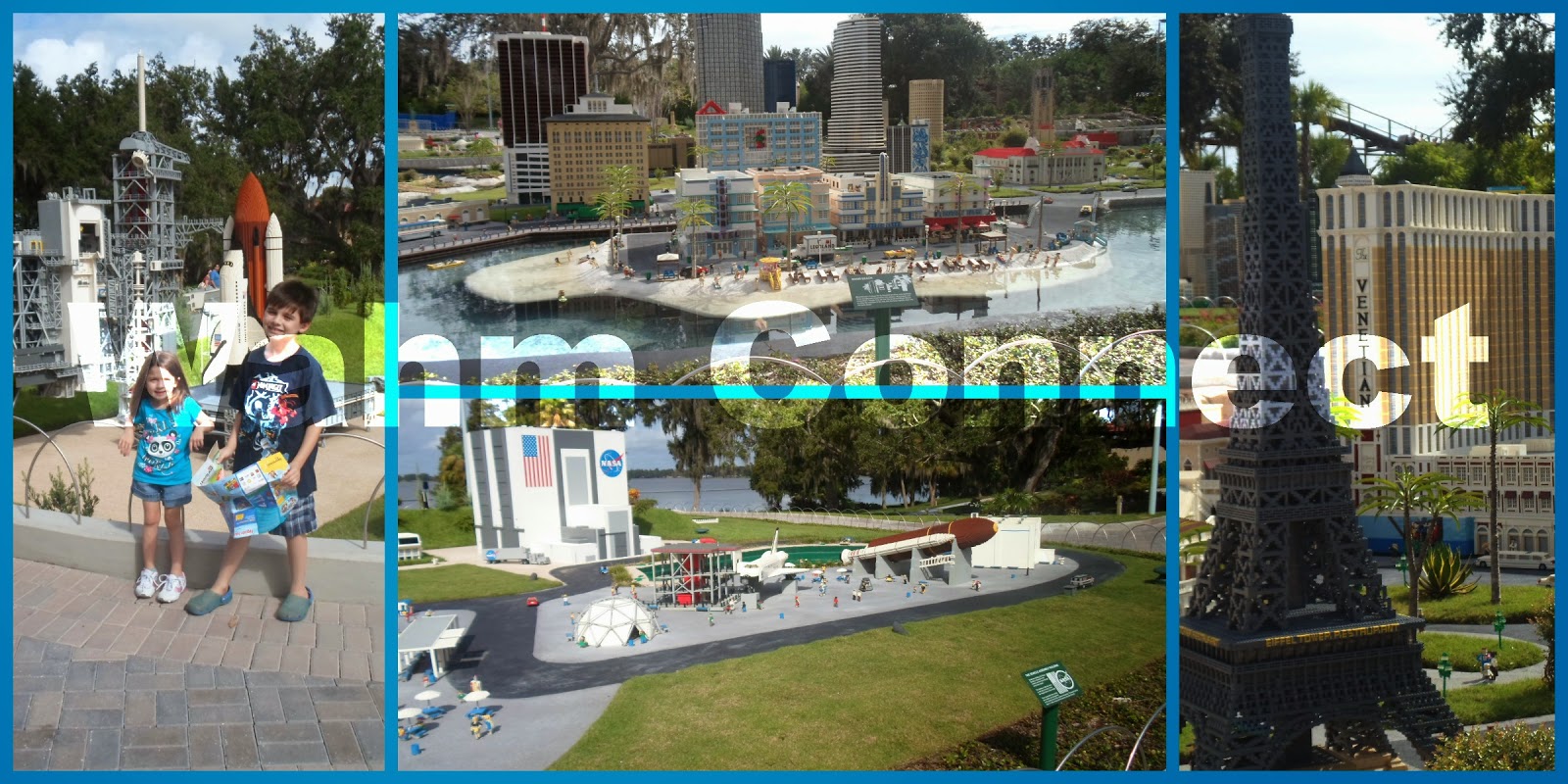 Miniland USA is where they literally built some well known cities and sites all out of Legos. There were may to many for us to take pictures of so I just highlighted on a view of them. One of them was NASA. My kids loved seeing the huge Space Shuttle. You can see in the picture it is as big as them.

We also found a section that was about pirate ships and my kids loved seeing the big ships. I thought they were very cool too. My husband is originally from New York and they also had New York City all done up in legos too.

We absolutely had a BLAST and hope to go back real soon. We would love to bring you all an update about the new attractions and hotel too.